Do you know what a stethoscope is? I’m sure you have been to the doctors when you were once sick or even just for a check up. That instrument doctors wear on their ears, like earphones, with another extension placed on the patient’s body, is the stethoscope. 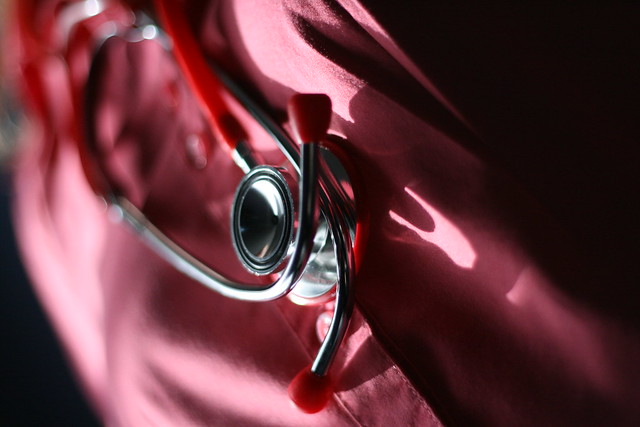 A stethoscope is a medical instrument used for listening to the sounds of the body. Usually it is used to listen to the sounds made by the heart, breathing, among others.

The first ever stethoscope was invented by Rene-Theophile-Hyacinthe Laennec, a French physician, in 1816. It was made of a wooden cylinder and was 25 cm by 2.5 cm in size. The idea of creating a stethoscope came to him when he saw children playing with long chunks of wood that transmitted sounds from pins scratching a surface. He tested this idea by first making a funnel shape by rolling up a piece of paper and then used it to listen to his patient’s chest. Because his mini-experiment worked, he later substituted this with the wooden cylinders. Afterwards, he replaced the wood with other detachable parts. He first called this instrument “the cylinder".

In this experiment, we will create our very own stethoscope. Now, you can play doctor and actually be able to apply the concept of sound transmission with your homemade stethoscope.

To make your own stethoscope, you will need the following materials:

Give yourself approximately 15 minutes to finish the activity.

First step is to take the old garden horse and use your scissors to cut a piece that is about 16 inches long. Now, take your funnels and place each of them on both ends of the hose. If the funnels do not fit the end of the hose tightly, make use of the modelling clay to keep the hole fit and snug.

To test your stethoscope, place one end of the funnel on your chest and the other end on your ear. Do you hear anything? To complete the picture, perform physical exercises for 5 to 10 minutes. Now, place one of the funnels on your chest and the other on your ear like you did earlier. Do you hear any changes in your heart beat? Take note of your observations.

This activity aims to illustrate the concept of sound transmission through enclosed spaces - the hose. It just demonstrated how sound waves were amplified by the stethoscope we have made.