A Magic Trick On Thermal Expansion

A Magic Trick On Thermal Expansion

If you want to learn a magic trick, try the Magic Jumping Coin Experiment! Gather your friends and show them something their eyes might not be able to believe but science can explain! 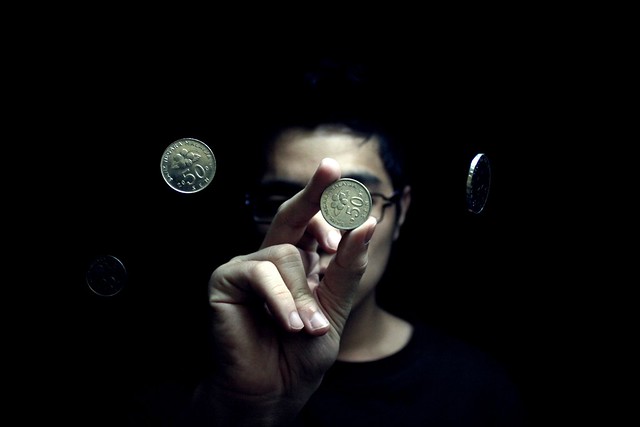 Here's what you'll need to do the trick:

Allot 15 to 20 minutes to complete the Magic Jumping Coin experiment.

Next, wrap both your hands around the body of the bottle and observe the behaviour of the coin. Afterwards, release the bottle from your grip and observe what happens to the coin.

The behaviour of the coin can be explained by the concept of thermal expansion. Thermal expansion happens when heat is applied to matter. When subjected to heat, the matter changes in volume as its particles begin to move around. This is when we notice that matter expands.

In the beginning of the Magic Jumping Coin experiment, both the air and the bottle are cold because of the cold water. As soon as you placed your hands around the body of the bottle, the air started to heat up causing thermal expansion to take place. As the air molecules expand, it pushes its way out of the bottle thus causing the cover, in this case the coin, to vibrate or jump up and down. This is what makes your coin magically jump! The coin will only stop jumping when the air inside the bottle eventually cools down.