Stratified sampling is a probability sampling technique wherein the researcher divides the entire population into different subgroups or strata, then randomly selects the final subjects proportionally from the different strata. 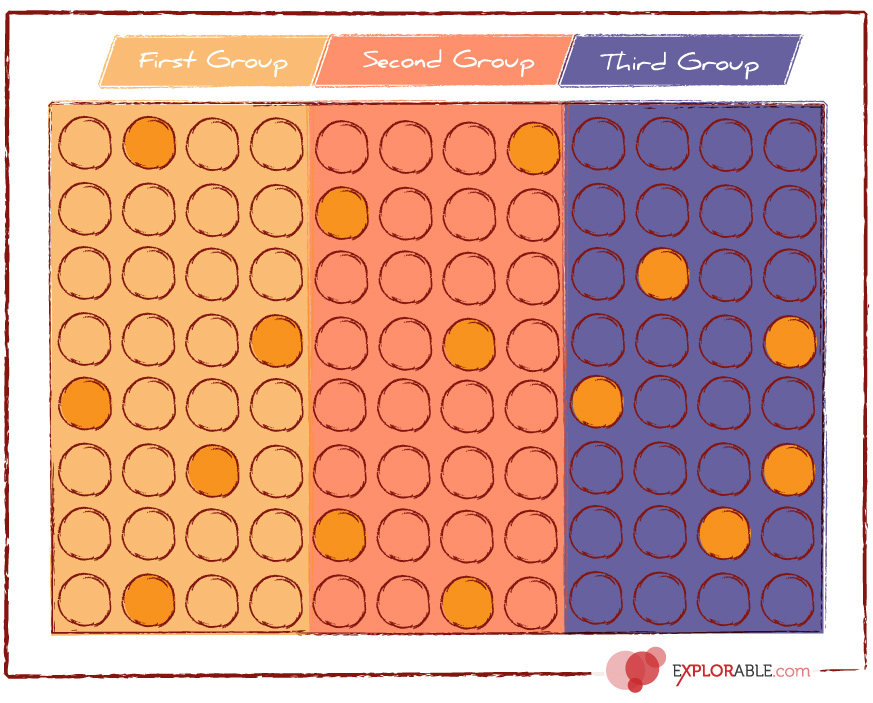 It is important to note that the strata must be non-overlapping. Having overlapping subgroups will grant some individuals higher chances of being selected as subject. This completely negates the concept of stratified sampling as a type of probability sampling.

Equally important is the fact that the researcher must use simple probability sampling within the different strata.

The sample size of each stratum in this technique is proportionate to the population size of the stratum when viewed against the entire population. This means that the each stratum has the same sampling fraction.

The important thing to remember in this technique is to use the same sampling fraction for each stratum regardless of the differences in population size of the strata. It is much like assembling a smaller population that is specific to the relative proportions of the subgroups within the population.