Prediction in research fulfills one of the basic desires of humanity, to discern the future and know what fate holds. Such foresight used to involve studying the stars or looking at the entrails of animals.

Obviously, few pay heed to such methods, in the modern world, but many people expect scientists to become the new soothsayers and predict where humanity, the environment, and the universe will end up.

To a certain extent, most scientists regularly use prediction in research as a fundamental of the scientific method, when they generate a hypothesis and predict what will happen.

These predictions can have wide-ranging effects and direct whole scientific disciplines, as with Relativity and Darwin's Evolution, which have underpinned research in Physics and Biology for many years. On the other hand, smaller experiments can also have wider ramifications and allow humanity to predict and therefore avoid future events.

Medicine and Prediction in Research

One of the earliest examples of this was the Muslim scholar, Al-Razi. He was asked to find the best location to build a hospital, in the city of Baghdad.

Cleverly, he hung a piece of meat and predicted that the place where the meat took longest to rot would be the best place to build a hospital. Although he knew little about the exact processes behind the transmission of illness, he realized that some environments were unhealthier than others, especially in a hot climate where gangrene was a problem. His idea was used for many years, until the bacterial processes behind illness were uncovered.

Sticking with medicine, a later example of prediction in research can be found in the wonderful work of Semmelweiss, a scientist responsible for saving countless thousands of lives. In 1847, the Hungarian Dr. Ignaz Semmelweis's close friend, Jakob Kolletschka, cut his finger during an autopsy and contracted a nasty disease known as puerperal fever. Semmelweis also observed that puerperal fever killed 13 percent of women giving birth in his hospital, whilst the nearby hospital, run entirely by midwives, lost only two percent of its birthing mothers.

Semmelweis noticed that students moved between the autopsy room and the delivery room without washing their hands, and predicted that this was the reason for the higher death rate in the teaching hospital. He informed students that they had to wash their hands in a chlorine solution when entering the maternity wing and mortality rates from puerperal fever promptly dropped to two percent.

Unfortunately, the unfortunate Semmelweis became a victim of politics and the director of the hospital, livid that the young doctor was indirectly blaming him for the high rates of mortality, made sure that Semmelweis never worked in Vienna again. Eventually, he returned to Budapest and used his methods there, eventually publishing a book of his findings.

Sadly, the medical establishment rejected his ideas and the disillusioned Semmelweis died in a mental institution after being severely beaten by guards. The autopsy revealed extensive internal injuries - the cause of death was blood poisoning.

Eventually, the Englishman, Joseph Lister, began using carbolic acid as a disinfectant, 16 years later, but he gave Semmelweis full credit for his prediction in research, which saved thousands of lives.

The unfortunate scientist also gave his name to a scientific phenomenon known as the 'Semmelweis Effect,' where new research based upon bold predictions is swiftly rejected because it threatens the established paradigm too much. Wegener also suffered from this effect when he postulated the idea of continental drift, a prediction rejected by almost the entire scientific community.

Physics and Prediction in Research

One fine example of making experimental predictions and generating hypotheses was the work of J.J. Thomson, who conducted a wonderfully innovative series of physics experiments by making predictions.

After he completed an experiment and showed that his prediction had some basis and fitted the observations, he made the next prediction and worked towards a greater goal, in stages. Of course, physicists also work at the other end of the scale and make the huge predictions that are capable of shaking the world of science.

Some of the biggest proponents of prediction in research are the theoretical physicists, such as Einstein and Hawking. They use sweeping and elegant mathematical theories to predict how that they think the universe behaves. Their predictions actually guide the direction of entire scientific paradigms as the empirical physicists test and attempt to falsify parts of the theory, leading to refinement and change.

Astronomy and Prediction in Research

Astronomy has thrown up some great examples of prediction in science, largely built upon the laws of motion proposed by Newton. One of the finest examples of this arises from the discovery of the planet Neptune, which stands as a testament to the skill of the astronomers but also to the work of Newton. The discovery of this planet showed that his work is largely correct under most circumstances - the Theory of Relativity explained physics at the extremes of scale.

The planet Uranus, discovered by William Herschel in 1781, had made nearly one entire revolution of the sun, by 1846. Excited astronomers realized, after looking at star charts documenting the progress of the planet, that its orbit was irregular and did not follow the Newtonian prediction for planetary moment. They predicted that the only possible explanation for this was if the planet was under the influence of another large planet lying further out, exerting gravitational pull. In Britain and in France, astronomers set out to predict the position of this new planet and then find it.

Two astronomers found the planet, Urbain Le Verrier, in Paris, and John Couch Adams, in Cambridge. Le Verrier takes the credit as he was the first to announce the discovery, but both scientists located the planet through deduction and the application of Newtonian physics. This was a great advertisement for the power of prediction in research and similar indirect deductions are still used to find cosmological objects.

Archaeology and Prediction in Research

Strangely enough, even an intuitively backwards looking discipline, such as history, uses prediction in research. Most historians state a thesis, the equivalent of a hypothesis, and set out to find evidence to support or deny it. One of the greatest examples of this was the adventurer and proto-archaeologist, Harald Schliemann. He firmly believed that Homer's Iliad gave geographical clues and measurements that would allow him to find the site of Priam's Troy.

Patiently, he collated the information and raised funding, before setting off, using the Iliad as a roadmap. He found a ruined city that most academics believe are Troy and his prediction was supported. His archaeological methods were crude and destructive, but nobody can fault his detective work and power of prediction.

The Rise of Predictive Science

As part of humanity's quest to understand nature, predictive science is much more widespread than before.

Much of this is due to the exponential growth in computing power, which allows gradually more detailed and accurate models. These are of great use in predicting the weather or natural disasters such as earthquakes and tsunamis.

The other factor driving this growth of predictions in research is politics and economics. Predicting the weather benefits an economy by informing farmers about what to expect, and allows emergency services to predict when adverse weather may require action. Economics is prediction driven and, as the current economic crisis shows, incorrect predictions can be devastating, although whether politicians choose to listen to the advice of computer prediction models, if they disagree with their policies, is another matter.

With the millions of dollars invested by governments, or by oil companies using the predictions of geologists to know where to drill test wells, predictive science is only going to grow. However, this entire field of science and computing rests upon the same foundations that drove early scientists, the principle of making a prediction and setting out to test it.

Unfortunately, these predictions in science are at the whim of paymasters, whether in government or the private sector. This will always compromise the integrity of the scientists making predictions, but prediction in research will always drive the scientific method. That is my prediction, anyway! 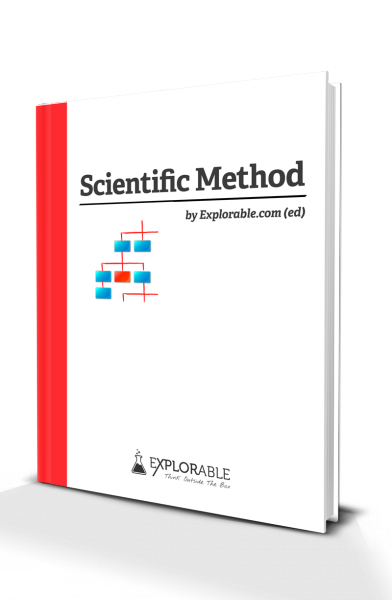