Antony van Leeuwenhoek is regarded as the father of microbiology. He is known for the discovery of bacteria. 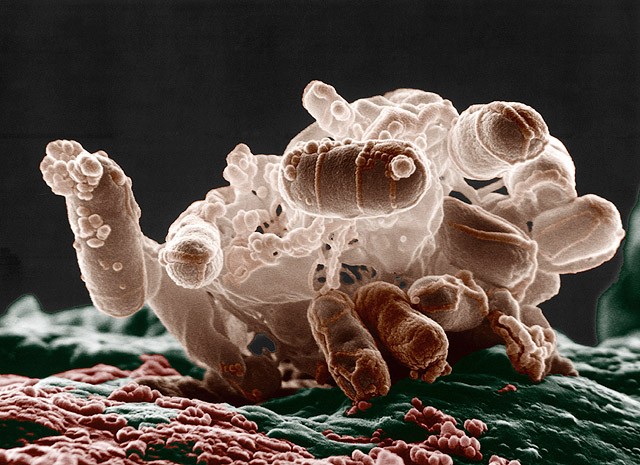 Van Leeuwenhoek discovered "protozoa" - the single-celled organisms and he called them "animalcules". He also improved the microscope and laid foundation for microbiology. He is often cited as the first microbiologist to study muscle fibers, bacteria, spermatozoa and blood flow in capillaries.

Although, he did not have much education or a scientific background, yet he defied all odds to be reckoned as a great scientist through his skillful observations, insight and unmatched curiosity. He revolutionized biological science by exposing microscopic life to the world.

The Life of Antony Van Leeuwenhoek In 1632, Leeuwenhoek was born on 24th October in Delft, Netherlands. His father was a basket maker and died in his early childhood.

Leeuwenhoek did not acquire much education or learn any language before getting involved in trade. At the age of 16, he worked as a bookkeeper at a linen-draper's shop in Amsterdam. Six years later in 1654, he returned to Delft to establish his own draper business and got married.

In 1660, he served as a minor city official and afterwards worked as wine inspector (gauger) and a surveyor as well. He remarried in 1671 after the death of his first wife.

Leeuwenhoek's Introduction to the Microscope

Textile merchants widely used small lenses for cloth inspection and Leeuwenhoek acquired his own magnifying glass for trade purposes in 1653. This was his introduction with microscope.

With the passage of time, he got keenly interested in glass processing and lens grinding. He was also inspired by Robert Hooke's microscopic observations in his book Micrographia.

He built a simple microscope during 1671 and started observing different substances. He experimented to calculate the number of microorganisms in water and examined other objects like skin, hair and blood. He also studied physical structure of ivory and discovered parasites in flea using more powerful microscopes.

Antony Leeuwenhoek had naturally gifted eyesight which appropriately accommodated his skills and passion for lens grinding. With his superior light adjusting techniques, he was able to make microscopes which could magnify over 200 times and to some he even had microscopes magnifying up to 500 times.

Acknowledgement By the Royal Society of London

Discovery of Bacteria and Other Achievements

Antony Leeuwenhoek was the first person to see bacteria. Through the late 1670s, he sent comprehensive data and detailed drawings of his sightings of bacteria and algae to the Royal Society in London. Throughout his lifetime Leeuwenhoek remained devoted to the scientific research and made several vital discoveries.

A brief account of his chief discoveries is presented below.