J. J. Thomson was one of the great scientists of the 19th century; his inspired and innovative cathode ray experiment greatly contributed to our understanding of the modern world. 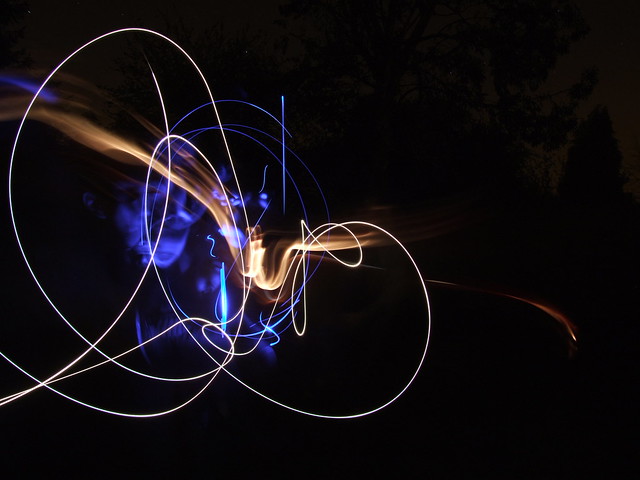 Like most scientists of that era, he inspired generations of later physicists, from Einstein to Hawking.

His better-known research proved the existence of negatively charged particles, later called electrons, and earned him a deserved Nobel Prize for physics. This research led to further experiments by Bohr and Rutherford, leading to an understanding of the structure of the atom.

What is a Cathode Ray Tube?

Even without consciously realizing it, most of us are already aware of what a cathode ray tube is.

Look at any glowing neon sign or any ‘old-fashioned’ television set, and you are looking at the modern descendants of the cathode ray tube.

Physicists in the 19th century found out that if they constructed a glass tube with wires inserted in both ends, and pumped out as much of the air as they could, an electric charge passed across the tube from the wires would create a fluorescent glow. This cathode ray also became known as an ‘electron gun’.

Later and improved cathode ray experiments found that certain types of glass produced a fluorescent glow at the positive end of the tube. William Crookes discovered that a tube coated in a fluorescing material at the positive end, would produce a focused ‘dot’ when rays from the electron gun hit it.

With more experimentation, researchers found that the ‘cathode rays’ emitted from the cathode could not move around solid objects and so traveled in straight lines, a property of waves. However, other researchers, notably Crookes, argued that the focused nature of the beam meant that they had to be particles.

Physicists knew that the ray carried a negative charge but were not sure whether the charge could be separated from the ray. They debated whether the rays were waves or particles, as they seemed to exhibit some of the properties of both. In response, J. J. Thomson constructed some elegant experiments to find a definitive and comprehensive answer about the nature of cathode rays.

Thomson had an inkling that the ‘rays’ emitted from the electron gun were inseparable from the latent charge, and decided to try and prove this by using a magnetic field.

His first experiment was to build a cathode ray tube with a metal cylinder on the end. This cylinder had two slits in it, leading to electrometers, which could measure small electric charges.

He found that by applying a magnetic field across the tube, there was no activity recorded by the electrometers and so the charge had been bent away by the magnet. This proved that the negative charge and the ray were inseparable and intertwined.

Like all great scientists, he did not stop there, and developed the second stage of the experiment, to prove that the rays carried a negative charge. To prove this hypothesis, he attempted to deflect them with an electric field.

Earlier experiments had failed to back this up, but Thomson thought that the vacuum in the tube was not good enough, and found ways to improve greatly the quality.

For this, he constructed a slightly different cathode ray tube, with a fluorescent coating at one end and a near perfect vacuum. Halfway down the tube were two electric plates, producing a positive anode and a negative cathode, which he hoped would deflect the rays.

As he expected, the rays were deflected by the electric charge, proving beyond doubt that the rays were made up of charged particles carrying a negative charge. This result was a major discovery in itself, but Thomson resolved to understand more about the nature of these particles.

The third experiment was a brilliant piece of scientific deduction and shows how a series of experiments can gradually uncover truths.

He decided to try to work out the nature of the particles. They were too small to have their mass or charge calculated directly, but he attempted to deduce this from how much the particles were bent by electrical currents, of varying strengths.

Thomson found out that the charge to mass ratio was so large that the particles either carried a huge charge, or were a thousand times smaller than a hydrogen ion. He decided upon the latter and came up with the idea that the cathode rays were made of particles that emanated from within the atoms themselves, a very bold and innovative idea.

Thomson came up with the initial idea for the structure of the atom, postulating that it consisted of these negatively charged particles swimming in a sea of positive charge. His pupil, Rutherford, developed the idea and came up with the theory that the atom consisted of a positively charged nucleus surrounded by orbiting tiny negative particles, which he called electrons.

Quantum physics has shown things to be a little more complex than this but all quantum physicists owe their legacy to Thomson. Although atoms were known about, as apparently indivisible elementary particles, he was the first to postulate that they had a complicated internal structure.

Thomson's greatest gift to physics was not his experiments, but the next generation of great scientists who studied under him, including Rutherford, Oppenheimer and Aston. These great minds were inspired by him, marking him out as one of the grandfathers of modern physics.