The discoveries of Andrew Z. Fire and Craig C. Mello regarding the control of the flow of genetic information via RNA interference or RNAi, gene silencing by double-stranded RNA gave them the honor of being awarded the Nobel Prize for Medicine or Physiology of 2006.

Their seminal discovery gave the scientific community a glimpse on how to regulate protein production by the degradation of the mRNA that codes for specific proteins. 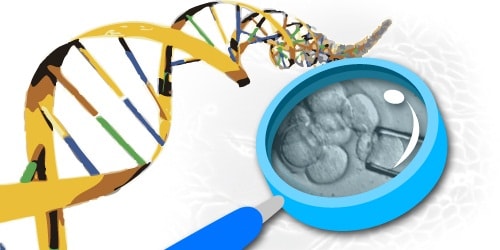 The Central Dogma – Dna to mRNA to Protein

The DNA is the nervous system of the cell. It controls all the biological processes that take place within the cell by the genetic information that it contains. To be able to continuously regulate the biological mechanisms within the cell, the DNA needs to undergo replication, the first stage of the central dogma. Replication is the process wherein the genetic information in the DNA is copied to form another DNA containing exactly the same set of information.

The mRNA then migrates from the nucleus of the cell to the cytoplasm where it will be decoded to produce proteins via the process called translation. Proteins do not code for the production of protein, RNA or DNA. They are involved in almost all biological activities like in enzymes digesting our food, receptors receiving signals in the brain, and as antibodies defending us against bacteria. The entire process of DNA replication, transcription to produce RNA and translation to produce proteins was called the central dogma of molecular biology by the British Nobel Laureate Francis Crick.

The Minds Behind RNAi

Andrew Fire was born on the 27th of April 1959 in Santa Clara County California. He studied in Hollenbeck Elementary School, Mango Junior High School, and Fremont High School. He earned his AB degree in Mathematics at University of California at Berkeley in 1978. He then entered Ph.D. program in Biology at MIT. He then conducted a research on gene regulation during early development of C. elegans. It is through this research that he got acquainted with the worm C. elegans and the mechanisms behind gene regulation.

Craig Mello was born on the 18th of October 1960 in New Haven, Connecticut. During his early years, he never had doubts that he will be a scientist when he grew up. He became an avid reader of science fiction, an amateur astronomer, and a serious student. He pursued biochemistry and molecular biology at Brown University. After Brown, he went to Colorado for graduate school where he was introduced to C. elegans. He then moved to Harvard University and finished his graduate school there.

Discovery of RNA Interference or RNAi

During the research of Andrew Fire and Craig Mello on gene expression in the worm Caenorhabditis elegans, they found that injecting mRNA that encodes for muscle protein production elicited no responses from the worms. Bear in mind that the genetic code in the mRNA is considered as the sense sequence. They also tried to inject antisense RNA into the worms which can pair with the sense sequence mRNA but it also elicited no responses from the worms. Finally, when they tried to inject both the sense and the antisense RNA together, they noted twitching movements from the worms. These results surprised them since they know that the same kinds of movements were noted from worms whose genes encoding for muscle protein were dysfunctional.

Their discovery on RNA interference is noteworthy for two reasons. First, with RNAi, researchers can specifically knockdown the production of any protein in a cell. Second, initially scientists thought that a portion of the DNA called introns were just junk DNA and they serve very little purpose, buy now they know that much of these introns code for RNAi elements.

Mechanisms of RNA Interference or RNAi

Double-stranded RNAs or dsRNA are used to silence the expression of target genes via RNA interference. After introduction of the dsRNA into an organism, it is processed and broken down into small interfering RNA or siRNA by an enzyme called Dicer. Then, siRNA bind to RNA-induced silencing complexes or RISCs. The siRNA strands then guide the RISCs to their complementary RNA where they cleave the cognate RNA leading to a generalized destruction of the RNA and cessation of protein synthesis if mRNA was the target.

Clinical Relevance of the Discovery

RNAi is an important process in our defence against viruses. A lot of viruses have double-stranded RNA in their genome and when such a virus infects a cell, it injects its RNA molecule which will bind to Dicer which will eventually lead to the degradation of the viral RNA.

Other proposed medical uses of RNAi technology is in the field of disease management and treatment. If we can create double-stranded RNA that can degrade the mRNA of genes responsible for chronic diseases like hypertension, diabetes, cancer, cardiovascular diseases and other medical conditions, we can silence these genes and control these diseases.

The only drawback of this application of RNAi is its safety. RNAi has a potential for off-target effects in which a gene similar to the target gene can also be silenced. Such potential can cause adverse effects on the health of the patients.