Developing in tandem with scientist’s understanding and measurement of IQ came the natural question of how much human intelligence could be shaped and improved upon.

In the early 90s some companies, most famously Baby Einstein, began to offer the public educational toys that vaguely promised to boost the intellectual development of children. Today, the market is flooded with apps, courses and multimedia that directly or indirectly claim to increase adult brain power and intelligence. But is there any scientific reason to believe that human intelligence is that malleable? 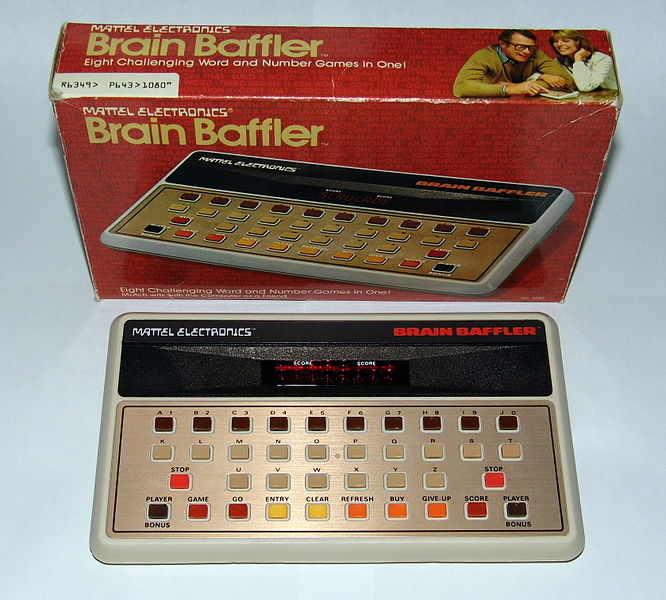 Most cognitive scientists believe that general intelligence, or g, is a result of both genetic and environmental factors, i.e. attributable to both “nature" and “nurture" respectively. The question is to what extent each is responsible for what we observe as intelligence. To understand whether intelligence can be augmented, it’s important to understand its natural basis first.

By the time a human being is 5 years old, the brain is already at 90% of its final volume. Though the brain develops throughout human lifespan, most development occurs in these first few years. This is a time in a human’s life where neurons are being created and connected at astonishing rates.

Importantly, these neurons connect according to what synapses are actually in use at the time. An infant possesses the neurochemical ability to rapidly learn language, motor and social skills, however there needs to be something in the environment that stimulates those neurons to fire. A child essentially lays down its neurological foundations according to the stimuli received during these first important years.

A “critical period" is a discrete developmental timespan during which the brain is highly sensitive to and adapts with environmental stimuli.

To appreciate why critical periods are so important, the brain’s plasticity also needs to be understood.

Neural plasticity refers to the nervous system’s ability to alter the neural network of synaptic connections, changing how the brain works.

This change could result in differences to anything concerning the mind – memory, learning, emotions and, importantly, intelligence.

The brain can change in three ways:

The more entrenched a neural pathway, the quicker information can be processed through it.

The Relationship Between Nature and Nurture

Individuals are born with certain hard-wired mental limitations, but possess the possibility for improvement within that inherited range. The balance between innate intelligence and acquired intelligence can thus be explained with the following analogy: Imagine that people are born with a fixed container of limited size (their genetic predispositions). This container, however, can be filled to varying degrees according to the input of the environment.

What is inherited is the capacity to learn and adapt (via neural plasticity during critical periods) but the content and volume of what goes into the “container" is down to quality of stimuli in the environment.

There is plenty of evidence to suggest that total intelligence is a result of preset physiological capacities of the brain. The degree of neuroplasticity a person possess has been shown to have a genetic basis, meaning that an individual can have an enhanced capacity to respond and adapt favorably to their environment.

Studies have also shown that up to two thirds of measured intelligence as well as physical brain structure variance (for example, brain circumference or the thickness of various brain structures) is due to genetics.

Knowing this, certain interventions take advantage of the neurological basis for intelligence and conduct interventions that work on the brain directly. Those with learning disorders or autism have been shown to have disruptions to certain brain circuity. A pharmacological treatment is used to improve neural organization, learning and memory. The brain’s plasticity can be chemically enhanced, meaning it can respond more efficiently to the demands of the environment. This is akin to giving autistic children a larger container.

However, such drugs have no application for those without learning disorders or autism. Furthermore, they work when used during critical periods and cannot alter the brain on their own. In other words, such drugs are not useful in giving neurotypical people larger containers!

But the brain is not the only determinant of intelligence. If we wish to augment IQ, there is another avenue to consider: the environment.

Twin studies have shown that there is a strong relationship between a child’s IQ and the socio-economic status of the parents. It’s not difficult to see how the idiosyncrasies of culture, education, family environment, chronic stress, political climate, siblings, accidents and even historical period can work for or against a child’s full development of their inborn potential.

Though the degree of neural plasticity is heritable, the environment determines what that plasticity is ultimately shaped towards. Psychological and behavioral factors come into play throughout a child’s development. Because neural plasticity is driven by experience in the world, you can arguably change the brain by changing the stimuli you expose it to.

For example, a child may be raised in an environment with plenty of books. Constant exposure to reading allows the neurons in the brain to develop branches and connections related to verbal processing and logic. The environment fosters and strengthens these connections with repeated experiences of reading. In time, these branches manifest as superior mental processing when compared to a child who grew up in home where those neural pathways were discouraged or ignored.

Making sure that children are raised in environments where books are present is akin to adding more to fill the container a child already possesses. If a child already has a “full container", so to speak, the effect of such interventions will likely be smaller.